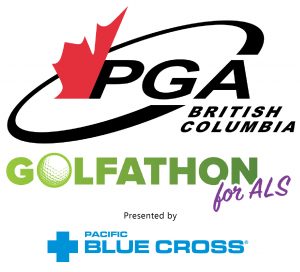 On June 21st Alec Hubert started at 4:12am golfing 289 holes finishing at 10:06pm. Alec beat his personal best Golfathon record of 288 holes by one hole this year with 289.With a 1 hour and 7 minutes per round average, Alec raced around the course raising funds for ALS. With a collective score of 14 over par, 41 birdies and 1 eagle, Alec had a great day on the course.

“My best scoring in prior years was 21 under par, but it was windy this year, so it made for more difficult scoring conditions.  Still happy with 14 over.  Best round was 69 (8th lap of the day), worst round was 77 (my last of the day)” said Alec Hubert General Manager at Kamloops Golf & Country Club