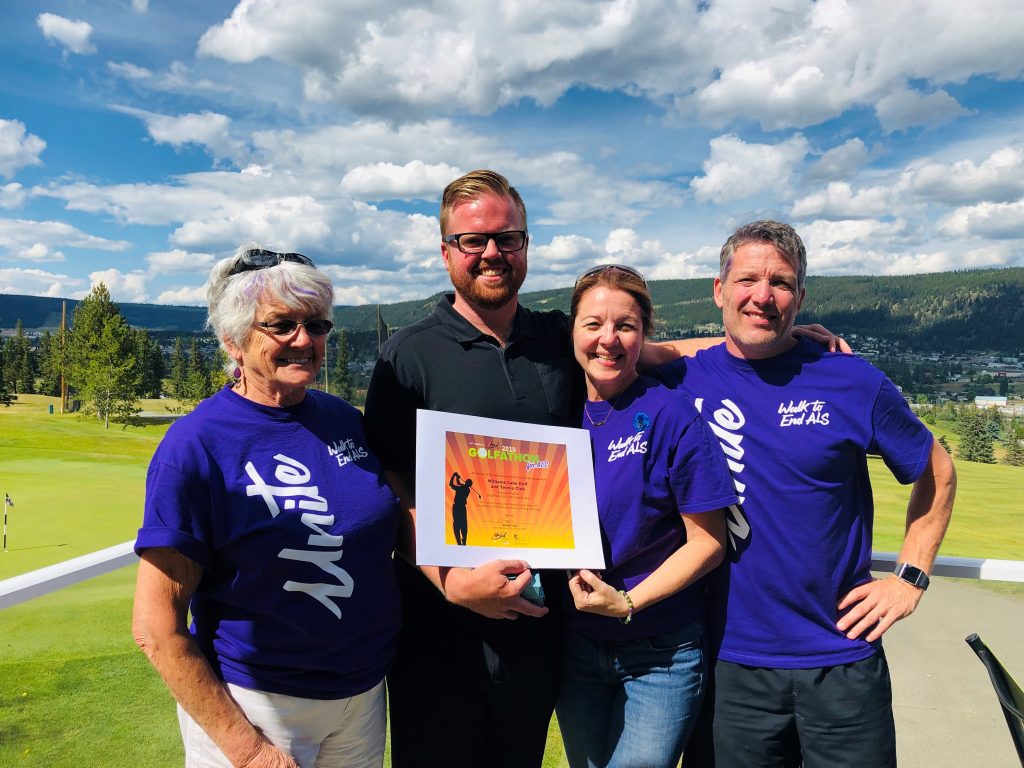 On June 12th, Morgan Day started off his Golfathon at 4:30AM. Later into the day, Dayton Long joined in and played for two rounds. Throughout the 16 hours of golfing, Day had a total of 684 strokes, while Long had 155. Together they played a total of 216 holes, ending their day at 8:30PM with four eagles and 42 birdies.

“I’m honoured to participate in the Golfathon each year,” said Morgan Day, General Manager at Williams Lake Golf and Tennis Club. “I enjoy being able to show my support for those who have been affected by ALS, and those who are currently affected by ALS.”