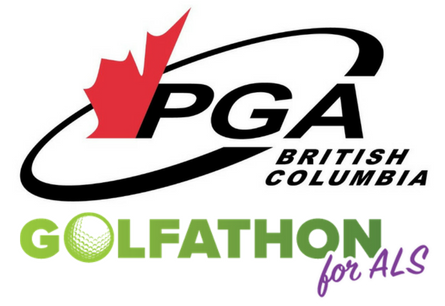 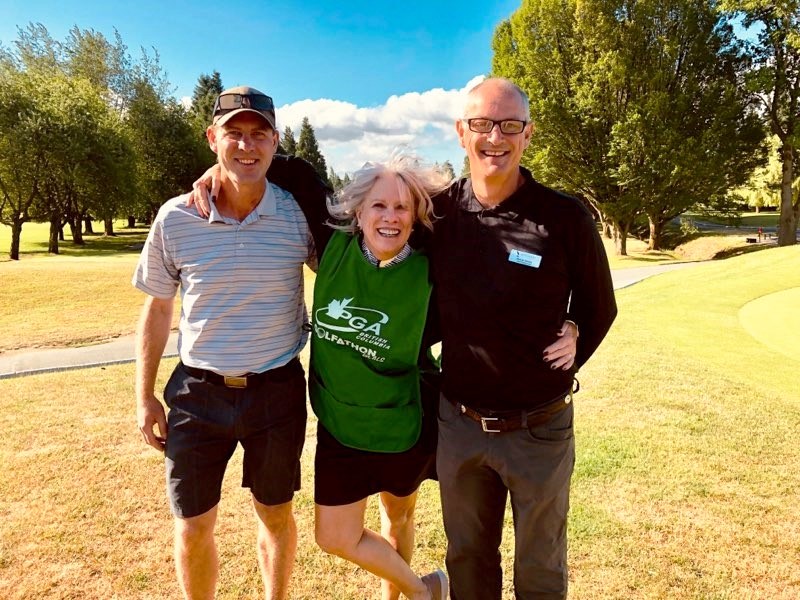 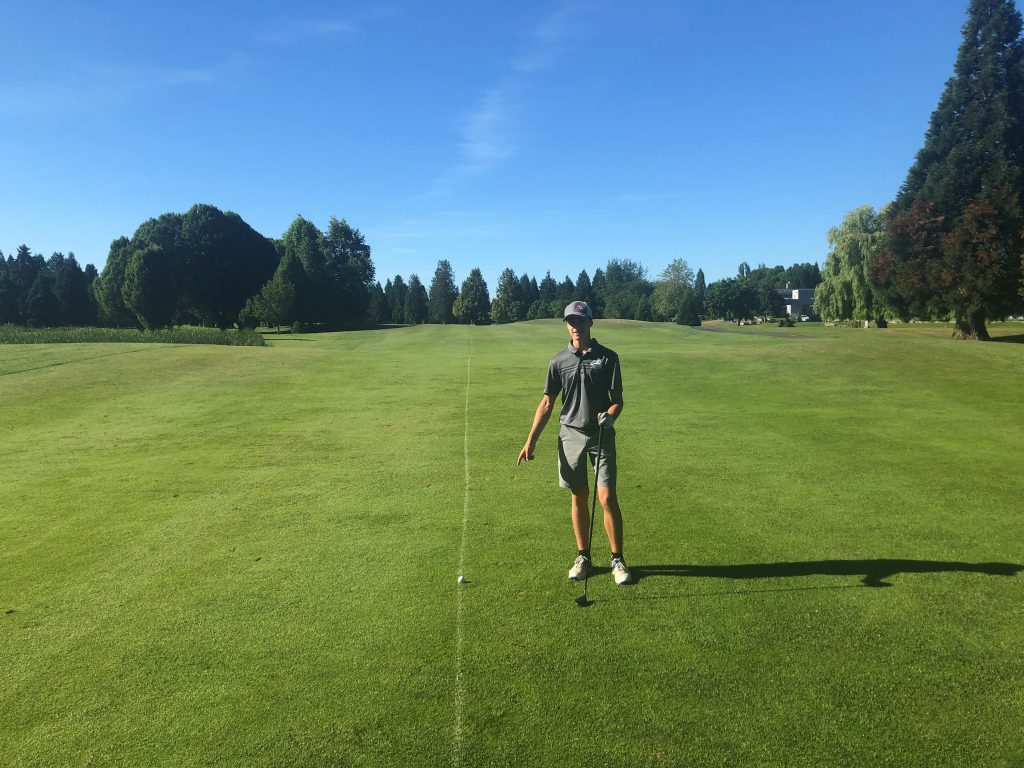 During the month of June, golf professionals will golf from sunrise to sunset to support those living with ALS. To raise awareness and funds for the ALS Society of BC, they will golf as many holes as possible in one day.

At the McCleery Golf Club in Vancouver, Dan Axford, PGA of BC golf professional held his Golfathon on June 11th.  He was supported by, McCleery Pro Shop Manager, Kim Cooper and Jason Smith, Head Golf Professional who donned the green caddy bib requesting play through throughout the day of the golf. Dan’s fastest round of 18 holes was played in under 1.5 hours, shooting par!

Later in the day, Will Tyldesley, junior golf student joined in, hitting a drive so straight it landed on the white center line on the fairway. Together, Axford and Tyldesley golfed 165 holes, scoring a total of 426, with 2 eagles and 12 birdies.

“It was a real team effort,” said Dan Axford, PGA golf professional at McCleery Golf Academy. “Thank you to all of the staff and guests for how supportive they were all day!”

Amyotrophic Lateral Sclerosis (ALS), also referred to as Lou Gehrig’s Disease, is a fatal neurodegenerative disorder that affects the person’s motor neurons that carry messages to the muscles resulting in weakness and wasting in arms, legs, mouth, throat and elsewhere; typically, the person is immobilized within two to five years of the initial diagnosis. There is no known cause or cure yet, but there is hope through the ALS Society of BC.